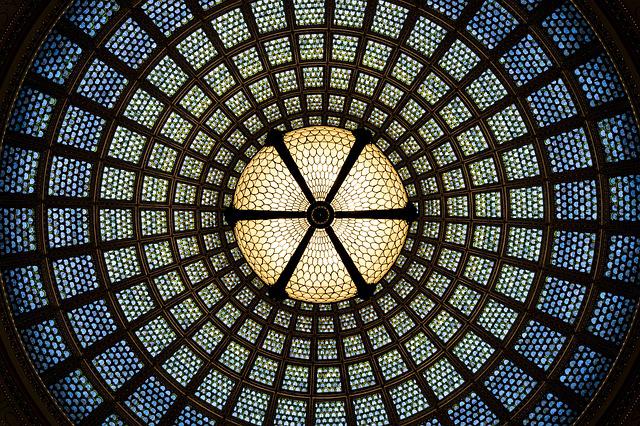 While much of the psychedelic community is focused on advancing medical and therapeutic access to psychedelics, increasing numbers of entheogenic churches are emerging as a legitimate path to the use of sacred medicines.

The spiritual use of psychedelics has been around for thousands of years and is known to facilitate healing, connection, and spiritual expansion in religious contexts. Both the Santo Daime and União do Vegetal (UDV) churches have had success in supporting the spiritual and emotional health of their members through the use of their sacrament.

Psychedelics including the Amazonian brew ayahuasca, the Bufo alvarius toad venom, and psilocybin mushrooms are available to members of certain entheogenic churches or religious groups – but for those seeking to hold above-ground ceremonies with scheduled sacred medicines, it’s not simply a case of ‘become a church, operate legally.’

The legal waters are murky, and it’s not unheard of for emerging churches to be shut down, raided by the police, or have their sacraments seized. Being granted an exemption by the DEA is also far from guaranteed, and typically takes much time and effort to accomplish.

To what extent does the Religious Freedom of Restoration Act (RFRA) protect entheogenic churches? What are the risks of running an entheogenic church in the US today and how can churches minimize their chances of facing criminal prosecution?

The Religious Freedom Restoration Act (RFRA) of 1993 “prohibits any agency, department, or official of the United States or any State (the government) from substantially burdening a person’s exercise of religion even if the burden results from a rule of general applicability.”

For entheogenic churches that use scheduled sacred medicines as part of their religion, the threat of prosecution or seizure of the sacrament could qualify as a burden on the religious exercise, explained Allison Hoots, attorney and Of Counsel to Plant Medicine Law Group LLP, in a live panel during the 2022 Plant Spirit Summit. This would be grounds to raise a defense when facing criminal prosecution.

While RFRA does provide protection for sincere religious exercise, it does not mean that churches using psychedelic medicines are exempt from prosecution under the Controlled Substance Act (CSA) by default.

Only a handful of churches have thus far been granted exemption from the CSA by the Drug Enforcement Agency (DEA), including the Brazilian Santo Daime and UDV for their use of ayahuasca, and the Native American Church for its use of the peyote cactus.

Both the Santo Daime and the UDV had to use litigation to gain exemption status from the CSA, and were able to do so by showing evidence of the safety of participants and that no diversion of the sacrament had occurred.

“What’s interesting about RFRA is that people assume that they have the right and if they just figure out how to be a religion, they’re totally protected. Unfortunately, that’s not the case. It may be a defense but it’s not legal,” explained Hoots.

This important distinction is echoed by Martha Hartney, an attorney and drug reform advocate. “There’s a myth that needs to get cleared up,” said Hartney. “People who have organized themselves as a church sometimes have been given the advice that they are now legal – which is not the same thing as what they really are, which is defensible.”

For more guidance on how RFRA works for entheogenic churches, check out the Guide to RFRA and Best Practices for Psychedelic Plant Medicine Churches, written by Allison Hoots and Chacruna. The Legal Risks of Running an Entheogenic Church

In large part due to mounting scientific evidence, decriminalization and legalization initiatives, as well as a shift in public interest, state and local law enforcement are not prioritizing the prosecution of churches that use psychedelic plant medicines, says Robert Heffernan, coordinator of Chacruna’s Council for the Protection of Sacred Plants.

However, that doesn’t mean that there aren’t risks to using these medicines in a religious context. Heffernan notes that there have been over 300 seizures of sacred medicines coming over the border in the last couple of years, along with several arrests and home visits.

“There are other people too who haven’t been arrested, yet they’ve lost jobs, they’ve been expelled from certification programs, they’ve had their children taken away from them for a period of time, all due to their involvement with sacred medicines,” said Heffernan.

This sentiment was echoed by Ian Benouis, JD and founder of Entheo Law: “A number of churches are dependent on some of their medicines from outside the country – coming from across the US border. That’s where we can see some of these issues develop, where medicines have been seized. That’s something that we’re seeing more and more,” said Benouis.

“People are growing their own inside the US and not having to bring it across the border, and that’s a way they can prevent this possible government interference,” he added.

Benouis argues that another top risk for entheogenic churches operating in the US is diversion, i.e., selling or giving away the sacrament to take outside of the church. “If your church is a place where people go to buy substances and take them off-site and share them with other people, it’s not really a church,” he said.

Courtney Close, pastoral coordinator at the Hummingbird Ayahuasca Church, explains the importance of communicating with local law enforcement to minimize the risk of interference.

“For us, it’s important to communicate with local law enforcement, especially during ayahuasca ceremonies where you could have someone hearing screams of terror. It could cause a huge waste of resources for law enforcement and first responders to come to a ceremony because someone’s reporting the screaming,” she said. “Giving them a heads up has been beneficial for us.”

While some entheogenic churches feel comfortable publicly promoting their use of sacred psychedelic medicines, this heightens the chance of investigation by law enforcement or the media. Many other establishments understandably prefer to operate in the shadows. In any case, it’s important to be clear on the types of activities that law enforcement would deem serious cause for concern and avoid them where possible.

In addition to ensuring no off-site use of medicines, sourcing the sacrament from within the US, and communicating with the authorities, there are other actions that churches can take that would strengthen their case should they garner government attention.

It’s crucial for the church to have sincere religious beliefs that it frames and structures its practices around. A lack of clear religious conviction has been a source of stress for a number of entheogenic churches – with the DEA denying ayahuasca church Soul Quest’s petition for exemption from the CSA on the basis of insufficient religious belief.

“Having sincere religious beliefs obviously is a threshold issue – but then also communicating those and making sure that participants are understanding and connecting with that spiritual ritual and the beliefs behind it is really an essential part of protecting yourself in this religious exercise,” said Hoots of Plant Medicine Law Group.

Entheogenic churches need to be careful to not emphasize the healing aspect of the experience over the spiritual – otherwise, they risk appearing as a retreat center, not a church. It’s also advisable to look at government standards for what religion is and ensure that the church measures up to those standards.

Another vital part of minimizing the risks associated with the religious use of sacred medicines is ensuring the health and safety of church members. Churches should have a rigorous intake process where participants are screened out if they are contraindicated for the specific medicine, and should ideally have medical staff on-site during the ceremonies to assist in cases of emergencies.

“The screening is a must. I personally screen every individual that comes to my ceremonies,” explained Suzi Kalypso, founder of the Temple of Eden Bufo Church.

“I like to make sure that they are mentally healthy enough to be able to handle the experience, and there are certain health concerns that can disqualify people. We take blood pressure before we administer the sacrament. We also have a nurse on-site and all of the volunteers are BLS- and CPR-certified.”

Kalypso also emphasizes the importance of integration in the process. She asks that all participants attend at least one integration meeting after the ceremony, runs free monthly integration events, and refers members to a doctor or psychologist if she’s unable to provide the support they need.

Churches can ensure proper health and safety of their participants through policy and procedure handbooks that are followed religiously, argues Hartney.

“It’s about making sure that people have been given informed consent, that they’ve been given an opportunity to be screened out, and that the medicines are held in a way that they can’t be stolen and diverted into non-religious use,” she said. “If you’re not governing yourself, the government is not going to play ball with you.”

Churches can avoid facing allegations based on ethical issues by creating guidelines about acceptable behavior and what constitutes misconduct. These guidelines can ensure accountability between church leaders and their community, and help prevent many of the issues that have emerged in the psychedelic space in recent years, such as sexual abuse during ceremonies.

One group working towards this is the Sacred Plant Alliance (SPA), a self-regulating organization and professional society of religious and spiritual practitioners that’s dedicated to developing and upholding best standards of practice with sacred medicines.

The organization works to facilitate collaboration between churches and gain legal recognition of their right to use psychedelic sacraments ceremonially. In time, the SPA hopes to provide guidance and become a resource for advancing legal protection for the wider community of churches that use sacramental plant medicines.

Churches Need to Protect Themselves

Entheogenic churches are an important part of the emerging legal psychedelic landscape in the US and will continue to provide a spiritual and religious context within which people can use sacred medicines. However, the legality of these churches is not guaranteed, and church leaders and organizers need to be diligent in protecting themselves against government action.

Avoiding the diversion and import of the sacrament, establishing a clear religious belief system that is communicated to members, ensuring participant health and safety at all times, and strictly following an ethical code may help entheogenic religious establishments form a credible defense in case of scrutiny.

Catch both 90-minute live panel discussions ‘Legal and Social Issues of Sacred Medicine Churches in the US’ and ‘Religious Renegades & The Expansion of Entheogenic Churches’ and dozens more interviews, panels, and documentaries with over 90 Western and indigenous experts by purchasing the All-Access Pass to this year’s Plant Spirit Summit.