DMT (N,N-Dimethyltryptamine) is a classic psychedelic molecule that has been ingested as part of shamanic traditions for hundreds of years. DMT occurs naturally in dozens of plant species, although not usually in amounts large enough that ingesting or smoking the plant would have any psychoactive effects.

Some people theorize that DMT is released in the human brain at death, and is stored in the pineal gland. It's possible that certain spiritual experiences, like breathwork, can produce experiences similar to a DMT trip!

DMT can easily be extracted from plants to make pure DMT crystals, which can be smoked on its own or used to make pharmahuasca or changa.

As always, check your local laws before purchasing plants that are a natural source of DMT.

Here are some of the most popular plants that are a natural source of DMT, many of which you can order online (depending on where you live). Remember to check your local laws – while you may be allowed to order these plants online, and grow them at home, it is possibly illegal to extract DMT from them or prepare them for ingestion. Chacruna is one of the most popular admixtures in ayahuasca brews. Psychotria viridis is a large shrub that originated in the Amazon, but is grown across South and Central America. It produces large green leaves that contain a significant quantity (around 1% dried weight) of DMT.

Traditionally the leaves are added to a boiling pot of Banisteriopsis caapi vines, and the liquid is reduced into a thick, dark liquid, creating one of the most common forms of ayahuasca. The combination of the DMT from P. viridis with the MAOIs in B. caapi makes for a psychedelic symbiosis, where DMT can stay in the body longer than it would normally.

The liquid from fresh P. viridis leaves is used traditionally in the form of eye drops, to treat migraines and headaches (Rätsch, 2004).

Dried Psychotria viridis leaves can be bought online here. If it is legal for you to do so in your area, DMT can be extracted from the leaves as you would any other DMT-containing plant.

Also known as Mimosa tenuiflora, this is a bushy tree that can grow up to eight meters tall. Jurema grows throughout Central and South America, and its root bark is used both as a medicine and entheogen.

The powdered bark has been reported to be a useful painkiller, and is traditionally rubbed on burns and wounds. It has also been used as an aphrodisiac, and as a general health tonic.

The root bark of Jurema contains around 1% DMT, and is a favorite among DMT-extractors because it is relatively easy to obtain in large quantities. Jurema can be purchased online here. Anadenanthera peregrina is a tree that originated in South America, and now also grows in the Caribbean. The tree produces large, dark brown seeds, that contain the psychoactive molecules DMT, 5-MeO-DMT, and bufotenine.

Traditionally, these yopo seeds were roasted and ground up into a powder (cohoba) which is then snorted in entheogenic rituals to produce an altered state. Many different peoples across South America have been documented to use yopo (Rätsch, 2004).

It’s unclear whether extracting DMT from yopo seeds is possible, and it likely won’t give you as high yields as other more popular plants like M. hostilis or P. viridis. If you’re interested in yopo, it’s probably best to use the seeds to make a snuff, rather than attempting an extraction. Also called chagropanga in Quechua, chaliponga is a long vine that only grows in the Amazon basin, and is often used as an admixture in ayahuasca.

Chaliponga leaves contain a number of psychoactive molecules – most notably DMT (at around 1% of dry weight), but also 5-MeO-DMT, bufotenine, and beta-carbolines.

Because of the presence of other molecules in the leaves, chaliponga may not be an ideal candidate for DMT extraction. However, it is a popular component of some changa recipes, as it can help to replicate an ayahuasca experience as part of a smoking blend. It can also be used as part of genuine ayahuasca recipes. 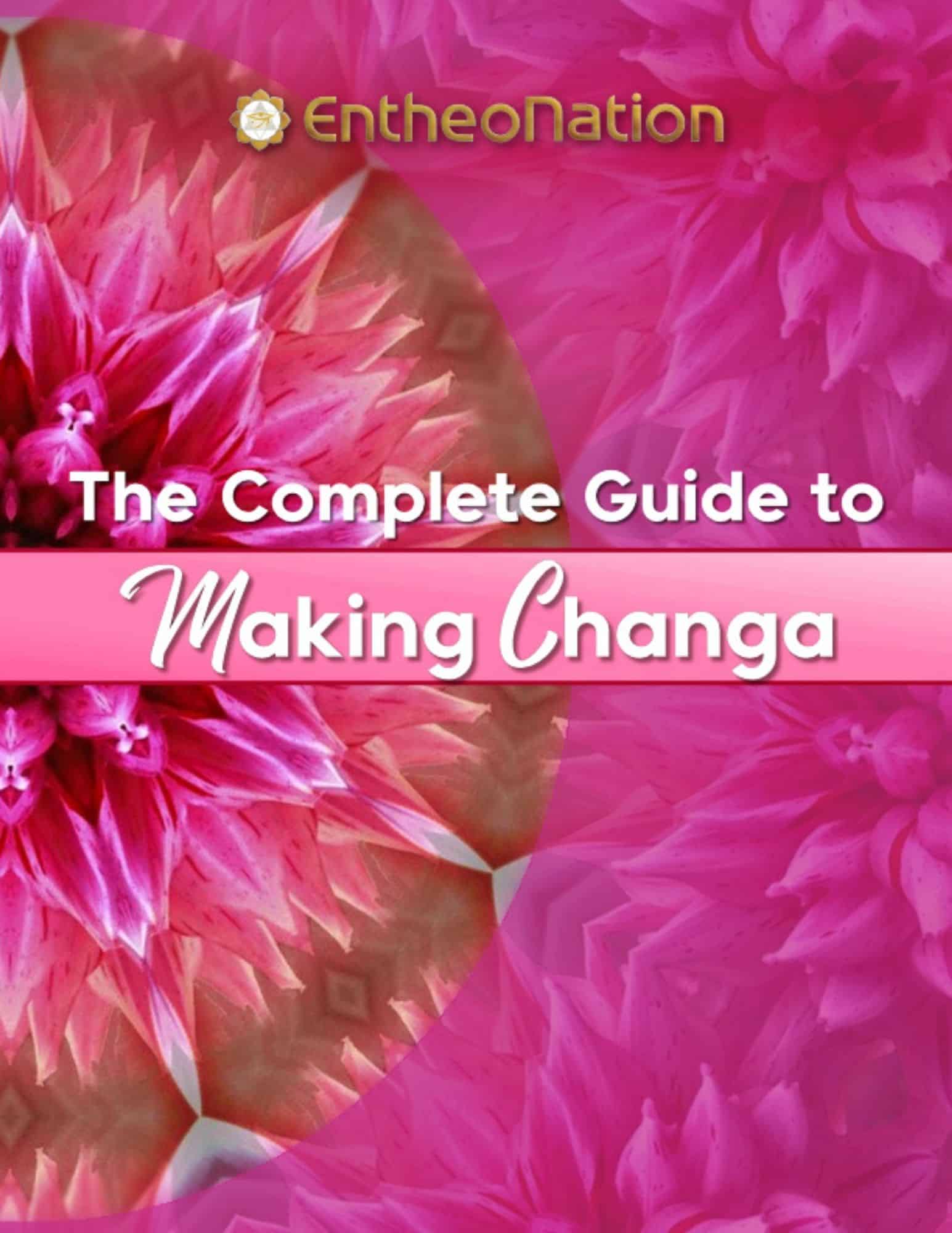 Download this free guide and also receive our changa email series to help you make changa at home, using ingredients that are available online.

Chaliponga can be bought online here.

When purchasing this vine, it is important to consider the sustainability of buying a plant that grows only in the Amazon, especially considering the impact that ayahuasca tourism has already had. 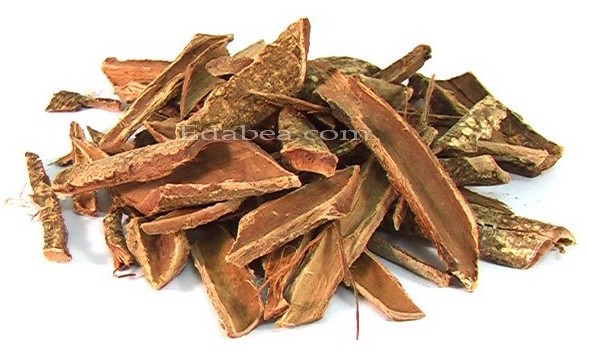 Acacia is a genus containing hundreds of species of plants that have a wide variety of traditional and medicinal uses. Either trees or shrubs, Acacia species are most commonly found in Australia, and some in Africa.

Acacia trees and shrubs are relatively fire resistant, and also act as a home and food source for butterflies. There are hundreds of species, with varying appearances and biology – although they often have large green blade-like leaves.

Some Acacia plants contain psychoactive alkaloids, including DMT. Although not all of the Acacia species have been investigated for DMT content, these four have been shown to have significant quantities of DMT (and sometimes other alkaloids):

Although these Acacia species may also contain other alkaloids, anecdotal reports suggest that this doesn’t interfere with typical DMT extractions, so these plants are a good source for DMT.

What Plants Contain DMT in the US?

There are many plants native to the US in which you can find DMT. These natural sources of DMT include Bulbous Canary Grass (Phalaris aquatica), mainly found in Californian grasslands; Reed Canary Grass (Phalaris arundinacea), an invasive species in North American wetlands; and Prairie Bundleflower (Desmanthus illinoensis), which grows in Florida, North Dakota, Texas, and Pennsylvania.

How to Use DMT-Containing Plants

The way you use your DMT-containing plants will depend on their specific properties! Some plants, like yopo seeds, are probably best used in the traditional way. Others, like chaliponga and P. viridis, are excellent components of ayahuasca brews. Chaliponga and P. viridis can also be used in changa recipes (guide coming soon)! Finally, plants like M. hostilis are ideal for DMT extraction.

Unfortunately, ingesting DMT-containing plants without any kind of preparation is unlikely to produce much of a psychoactive effect. This is both because the DMT quantities are relatively small, and because your body breaks down DMT quite quickly unless there is also an MAOI present. This is why people most commonly extract DMT from these plants for use in psychedelic preparations.

The DMT extracted from plants can be used either in a changa recipe, or smoked on its own:

Rätsch (2004) The Encyclopedia of Psychoactive Plants.