“Hemp oil” is a term that is grossly misunderstood in the circles of health-conscious people. But before we dive deeper into the comparison of hemp oil vs cannabis oil, let’s first clear the air on the biggest misconception regarding these two.

Is Hemp Oil The Same Thing As Cannabis Oil? Hemp oil is NOT the same product as cannabis oil. They are made from the same plant but from different parts of it. These two products contain completely different active compounds which have distinct effects on the body.

Unlike cannabis in some countries/states, hemp oil is not an illegal “drug” and it does not have mind-altering properties like cannabis oil or hashish oil.

Now let’s move onto the distinctions between hemp oil vs cannabis oil. Hemp Oil vs Cannabis Oil: What Are the Differences? Hemp oil is made out of hemp seeds or the leaves of the hemp plant.

Hemp seeds are some of the most versatile and nutritious seeds known to man, offering tremendous health benefits when consumed. If the oil is made from the seed, it is usually used as an ingredient for cosmetics or foods as it contains important nutrients such as omega-6 and omega-3 polyunsaturated fatty acids and vitamins.

If the oil is made from the leaves, however, the outcome will be CBD-rich hemp oil with non-detectable levels of THC. This oil is used in medicinal purposes.

CBD oil is a (mostly) legal health supplement which provides all the health benefits of consuming cannabis in a concentrated form by extracting only the cannabinoids responsible for those biological effects – but without the mind-altering effects.

Cannabis oil, on the other hand, is made from leaves and flowers (buds) of the Cannabis Sativa plant which is grown to produce certain levels of THC. This oil offers the most potent “high” for its users without too much focus on the therapeutic cannabinoids.

Health Canada can beautifully express the difference between these two as well as the common ground they share. They state that hemp is defined as a product of the “cannabis sativa” plant which contains less than 0.3% THC molecules. THC is the molecule which produces the traditional “high” associated with consuming mind-altering marijuana. Thus, due to its very low concentration in THC, hemp does not contain any psychoactive compounds.

The U.S. Law states that “hemp” is any part of the “cannabis sativa” plant which contains no psychoactive compounds.

Are They Made From The Same Plant? 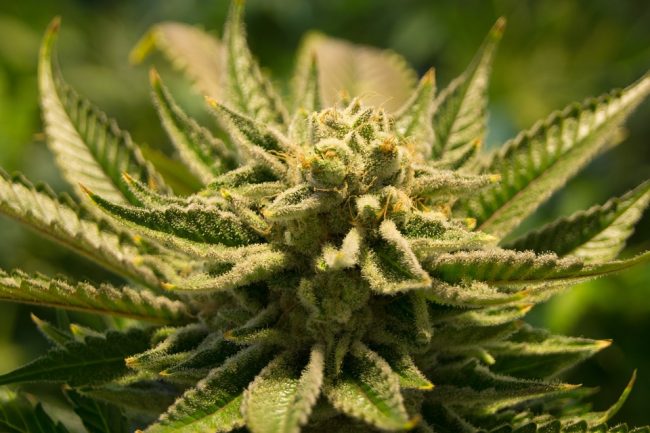 Hemp oil and cannabis oil are made from the same plant, which is Cannabis Sativa (also known as hemp if its THC level is less than 0.3%). However, this one plant has many different components – each one with its unique biochemical structure, hence with a different effect on the human body.

It is important to understand that although they are made from the same plant, the products made from it are completely different and they fall under different laws altogether. It is not the plant itself which is illegal (Cannabis Sativa, that is) but various parts of it which can be used to produce illegal products such as cannabis oil, hashish oil and others which would have a high concentration of THC, hence promoting a strong psychoactive high in its users.

Generally speaking, hemp oil is considered a food product which can be consumed with salads, smoothies and so on. It confers most of the benefits of consuming raw hemp seeds, which are considered a true super-food due to its rich nutrition.

CBD oil (one of the “cannabis oils”) is a legal product which has been proven to have positive effects for individuals suffering from anxiety, depression, OCD, cancer, MS and many other health disorders. Our recommended premium brand of CBD hemp oil you can try is Purium. Click here for more information and a $50 purchase discount.

THC cannabis oil is the “illegal” product of “cannabis sativa” (which is similar to hashish oil as well, also known as “hash oil”). This product focuses on delivering a mind-altering high to its users. The concentration of CBD cannabinoids is lower but the health effects have not been extensively researched yet.

As you can see, it is quite easy to become confused about the differences between hemp and marijuana, and their legality. To summarize, although they are the same plant, the final products are very different because they are made from different parts of the same plant.

So, comparing hemp oil vs cannabis oil, the crucial distinctions are:

If you would love to boost your health and vitality by eating a delicious and nourishing oil, go ahead and give hemp oil a try. You will not be disappointed – and hopefully you will not need any other hemp products either.

If you need a legal and effective way to naturally treat many chronic health conditions, then CBD hemp oil is the right choice for you.